I'm passionate about research and driven by curiosity.

My name is Michael (David-Michael) Poehlmann. I am a PhD student at the University of California, Davis studying high energy experimental physics. I work with Prof. Emilija Pantic on liquid argon-based rare event searches. Specifically, I specialize in simulations and data analysis for the DarkSide Collaboration, working towards the discovery of dark matter.

As an undergraduate at the University of Minnesota, I worked with Prof. Prisca Cushman on the active neutron veto for the SuperCDMS SNOLAB detector. I doped plastic scintillators with gadolinium and characterized sample properties.

One of my other undergraduate research experiences was working with Prof. Jeremiah Mans. I measured the event discrimination efficiency of thin plastic scintillator sheets for the LDMX experiment. 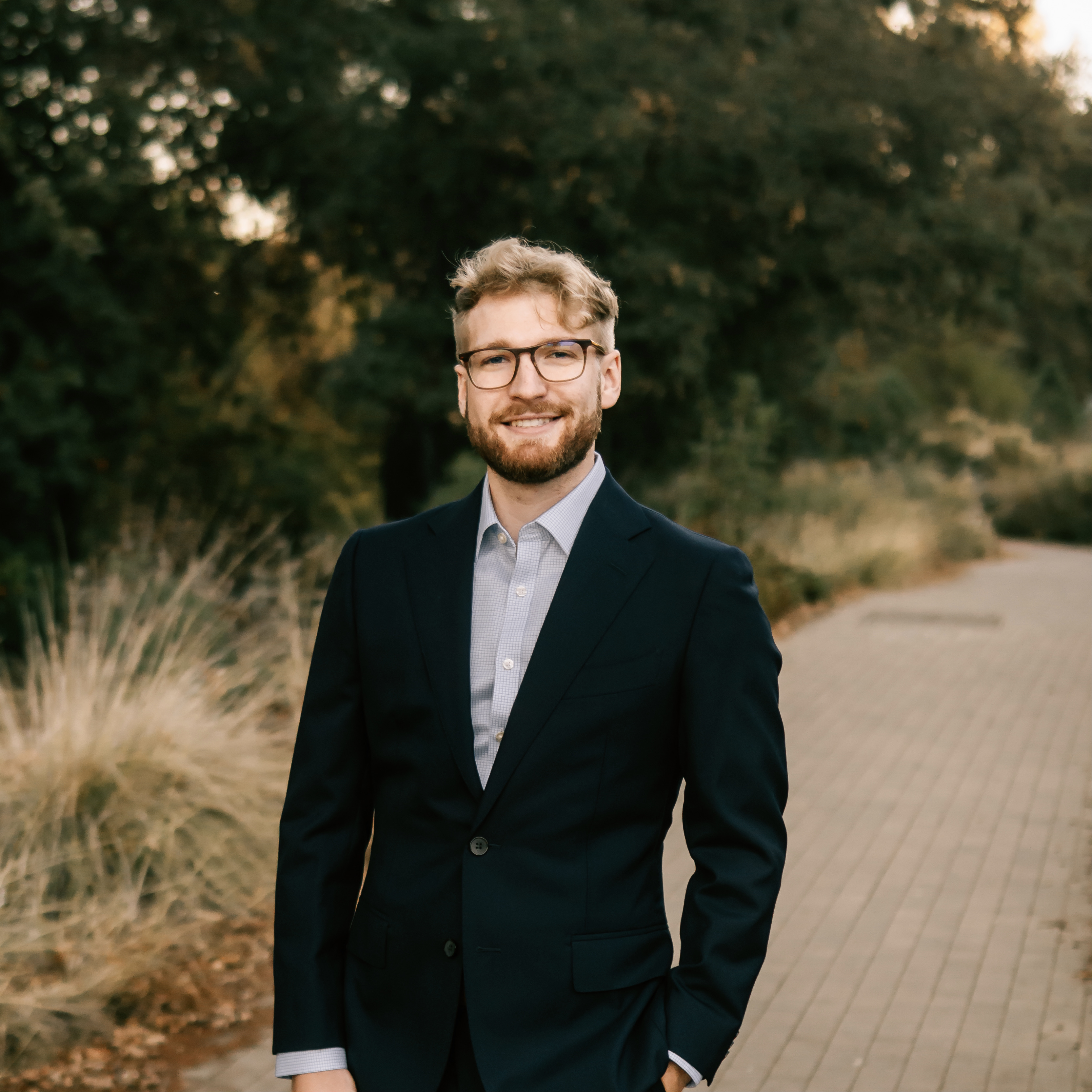 My quest for the detection of rare events. 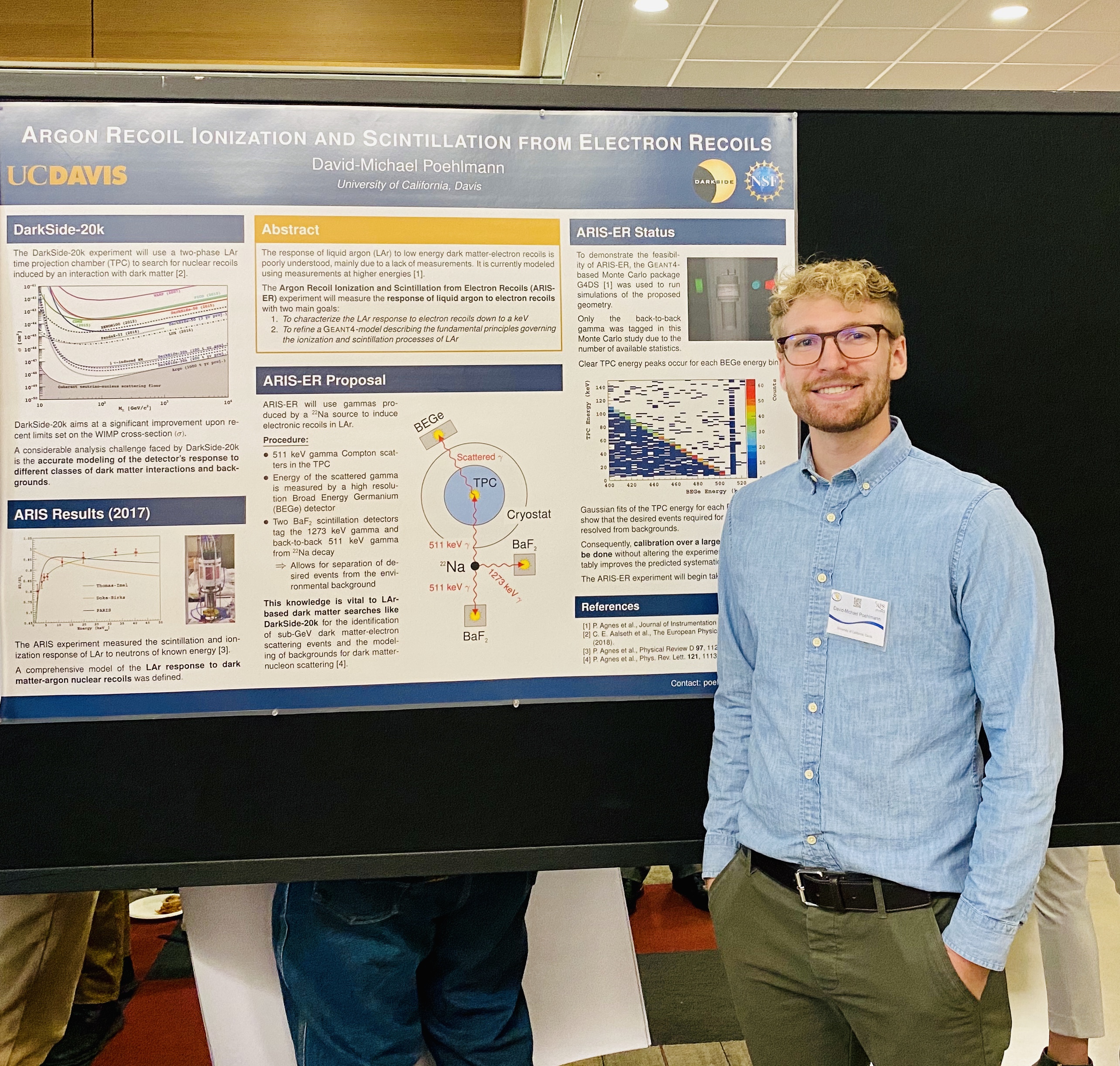 Here, I am shown presenting a poster on ARIS-ER.

As a member of the DarkSide Collaboration, I run simulations to inform the design of DarkSide-20k, with a focus on backgrounds and optical modeling. I also contribute to the analysis of data collected by DarkSide-50.

One of the most significant analysis limitations faced by DarkSide-20k is the accurate modeling of the detector's response to different classes of dark matter interactions. In 2017, the ARIS experiment measured the scintillation and ionization response of LAr to impinging neutrons of known energy. In a continuing effort to study the response of liquid argon at low energies, the proposed Argon Recoil Ionization and Scintillation from Electron Recoils (ARIS-ER) experiment will measure the response of liquid argon to monoenergetic gammas which Compton scatter in the detector. ARIS-ER will take place at UC Davis and begin taking data in 2021.

I hope to make physics more accessible to untapped groups.

I have helped to develop an outreach program to provide undergraduate students with an introduction to experimental high energy physics. The program, entitled "Nuclear Forensics: Dusting for the Fingerprints of Radioactivity," seeks to provide untapped groups with a hands-on experience to identify trace radioisotopes through Neutron Activation Analysis (NAA). NAA is a nuclear process used to determine the concentrations of elements in a material via neutron irradiation of a sample and measurements of the emitted gamma-rays. Participants perform lab activities and conduct data analysis in Python. The first iteration of this outreach effort was scheduled for the the spring of 2020, but was postponed due the COVID-19 pandemic. The code I wrote for this activity can be found on my GitHub.

One of the biggest hurdles for students beginning in experimental high energy physics is learning to code well. Furthermore, modern data science techniques are just beginning to become widely adopted within the field of physics. To help current and future students learn these skills, I am developing a set of tutorials and examples for HEP applications of languages and toolkits including Python, C/C++, Julia, ROOT, and Geant4. 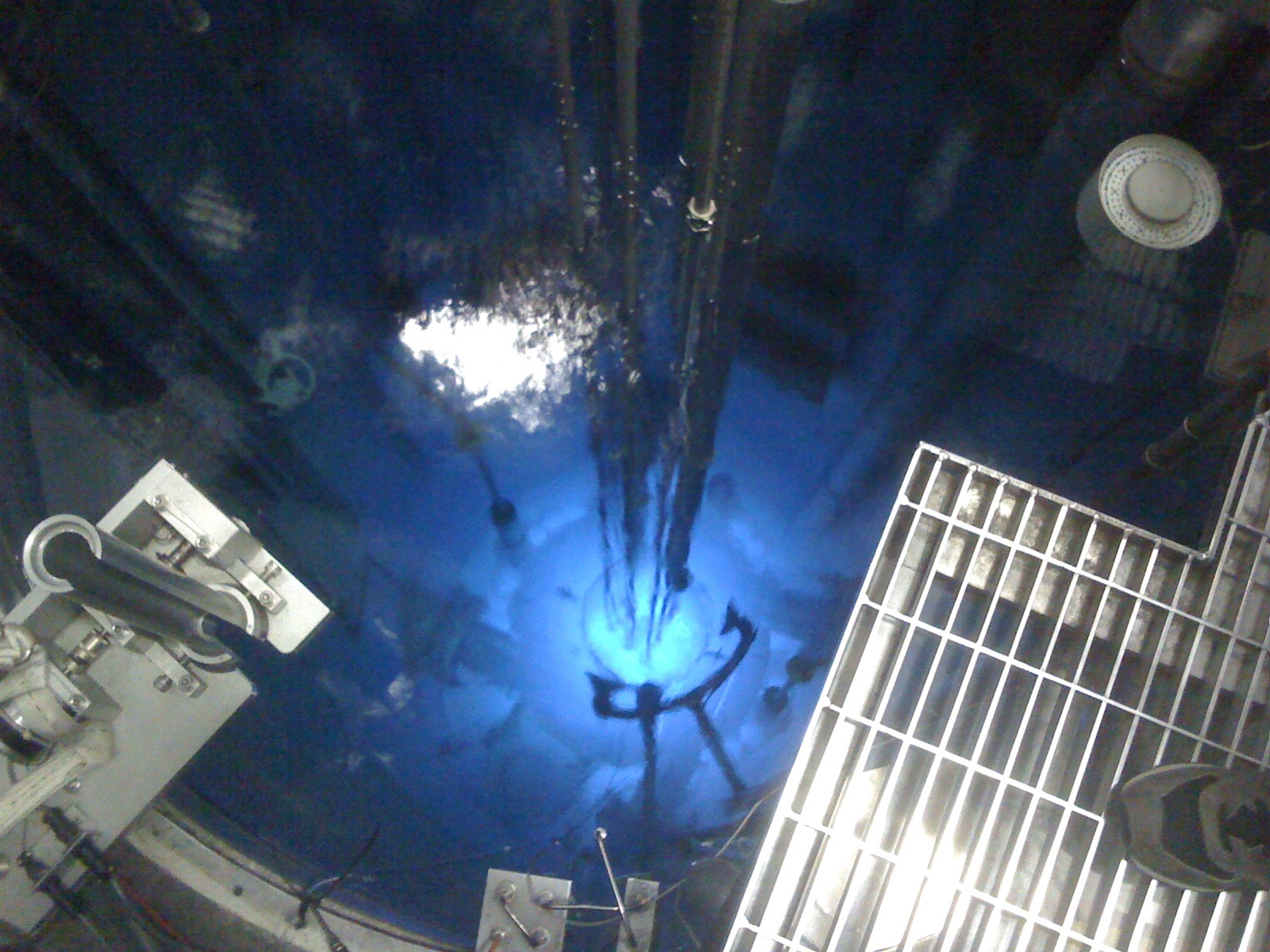 The nuclear reactor at the McClellan Nuclear Research Center is used to irradiate samples for the NAA activity.

A love of the outdoors. 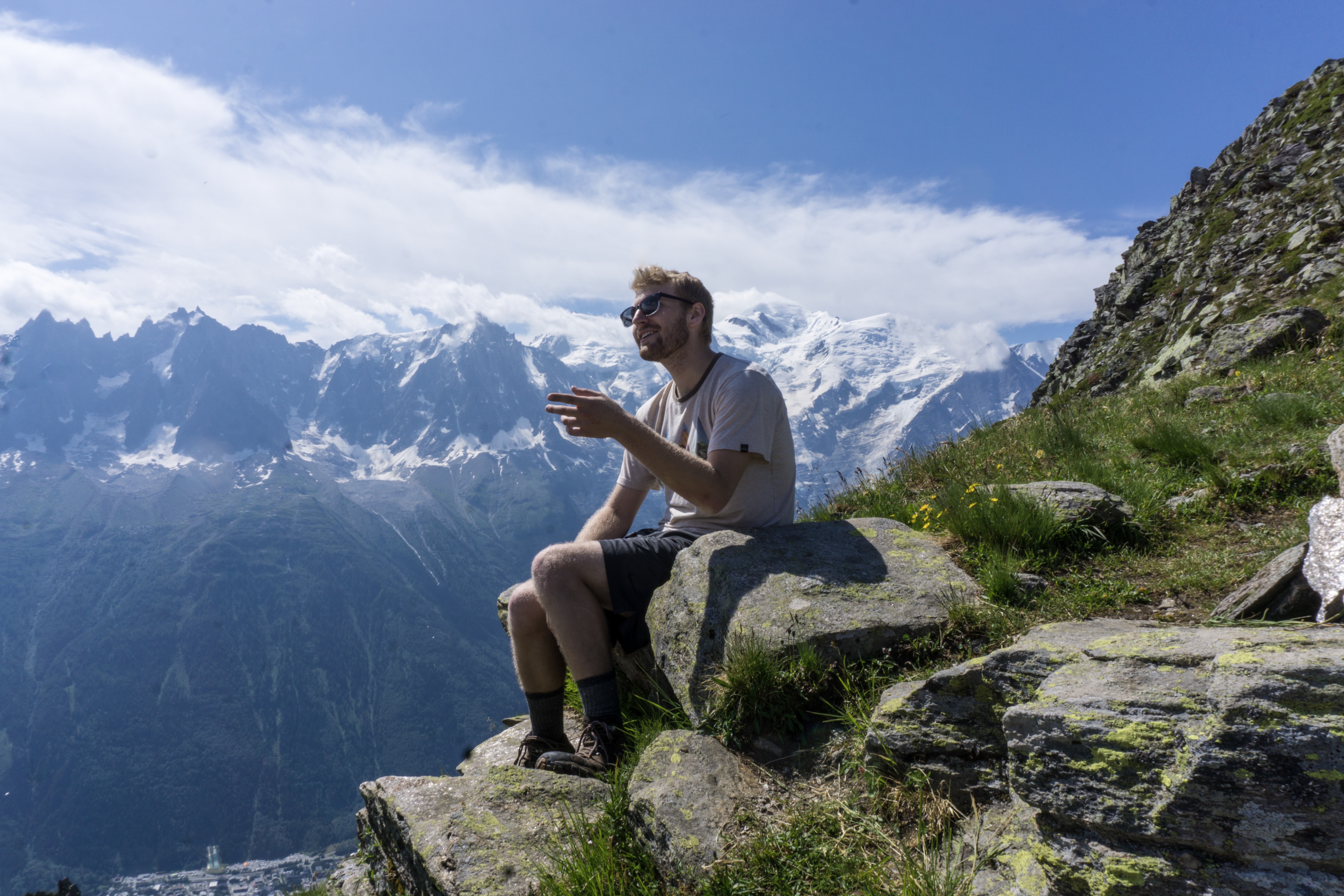 Here, I am shown atop Le Brevent, with Mont Blanc in the background.

When I'm not doing physics research, I love to explore the outdoors. My favorite activites include kayaking the lakes of Wisconsin and Minnesota and hiking in the Sierra Nevada mountain range.

Some of my other hobbies include baking, reading, and tennis. I'm also an avid follower of English Premier League soccer. I care about numerous social justice issues, particularly animal rights.